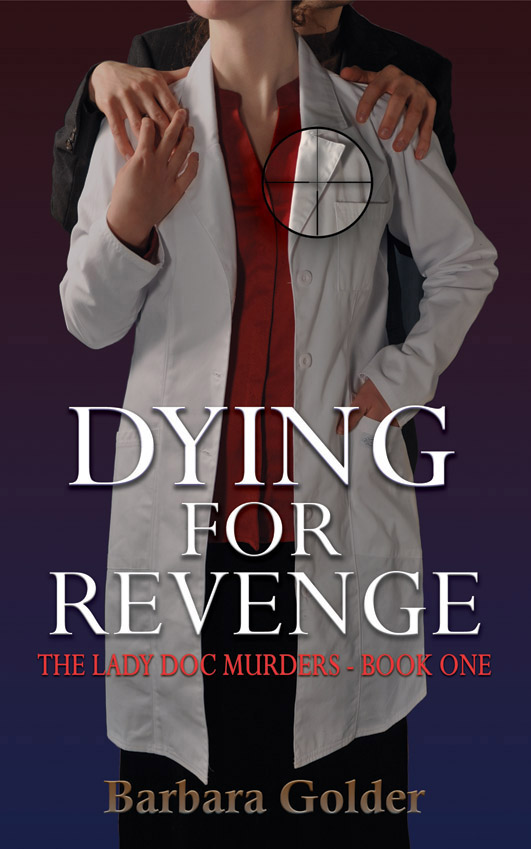 DYING FOR REVENGE: BOOK ONE by Dr. Barbara Golder

Someone is killing the rich and famous residents of Telluride, Colorado, and the medical investigator, Dr. Jane Wallace, is on a collision course with the murderer. Compelled by profound loss and injustice, Jane will risk her own life to protect others from vengeful death, even as she exacts a high price from those who have destroyed her world. DYING FOR REVENGE is a story of love, obsession and forgiveness, seen through the eyes of a passionate, beautiful woman trying to live her life — imperfectly but vibrantly — even if she won’t survive.

“Barbara Golder joins the ranks of Chesterton’s bloodthirsty heirs as she spins a tale that will delight mystery fans. With Dying for Revenge in hand, your beach experience is now complete!” Mark P. Shea, Author of “Mercy Works”

“Dying for Revenge dives into the deeply personal place in so many hearts with “justifiable” reasons for revenge… but the face of mercy is entwined in the unexpected turn of events. You’ll be captivated…”
Patricia M. Chivers
ABLAZE Radio WNRE-LP 98.1 FM
Catholic Church of Saint Monica 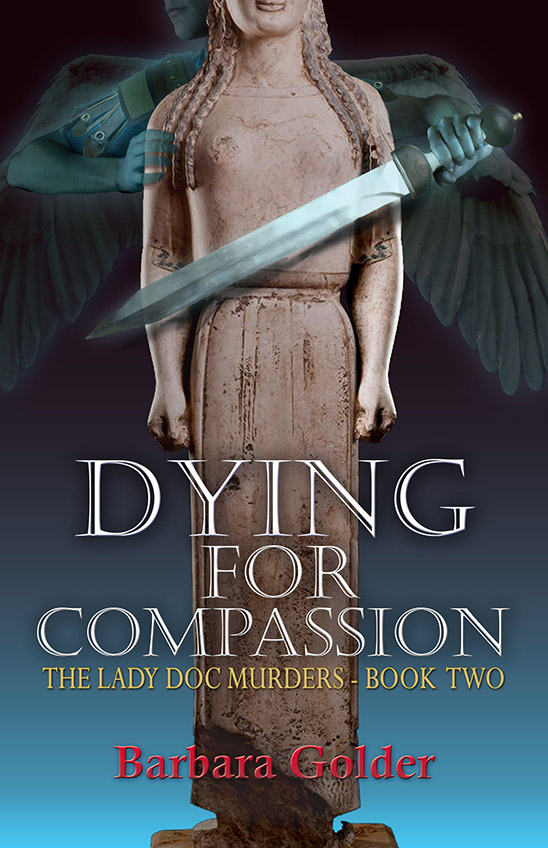 DYING FOR COMPASSION: BOOK ONE by Dr. Barbara Golder

What happens to a new love when an old one appears to claim first rights to a man and a marriage?

When Eoin discovers that Fiona was responsible for the denial of their annulment, he returns to Ireland to find the proof to free him to marry Jane. After Fiona is found dead in her hotel room, Eoin is indicted for her murder.

Unwilling to leave the matter solely in the hands of Irish authorities, Jane goes to Ireland to follow the evidence wherever it leads. She leaves behind a tangle of problems in Telluride, where it is left to her trusted friend Father Matt to unravel the mysteries at home, unaware that they hold the key to Jane’s mystery abroad.

“It is rare indeed to find an author who not only tells a good story but writes with real literary flair. Barbara Golder is such an author. In this latest offering, we find the plot twists and twisted characters that one would expect in a good murder mystery but also the fine character development and deep insight into the human condition which separates the truly great mysteries from the run of the mill.”
Joseph Pearce, Author of The Quest for Shakespeare, The Unmasking of Oscar Wilde, and Tolkien: Man & Myth

“When I opened my review copy of Dying For Compassion The Lady Doc Murders – Book Two, it was like reconnecting with a close friend whose company I have missed and desired for some time. After reading and reviewing Dr. Barbara Golder’s first book, Dying for Compassion – The Lady Doc Murders – Book One, I remember exhorting others to pray that her second novel would not be long in coming. Finally, it’s here! This gifted story-teller did not disappoint. Within just a few pages, I was back in Telluride with Dr. Jane Wallace, her persistent and engaging Irish suitor, Eoin Conner, her priestly ally and adviser, Father Matt, and a cast of even more intriguing and troubled souls. It was like I had never left Colorado… I was entertained, intrigued and stunned by this fascinating and fast-paced murder mystery. The story line and characters all ring true – consistent with my own life experiences. Among other topics, we see how devastating lies can be in altering another person’s ability to live life freely, how difficult it often is for a devoted Catholic to live his Faith, for a priest to confront his own shortcomings and sinfulness, for an ex-wife to abandon her desire for revenge and ask for forgiveness and help, and for those who want to end human suffering out of a false sense of compassion.  Like the first volume, I had difficulty putting this one down. I highly recommend this book. It is a great read!”  Michael Seagriff, author

“I rarely read fiction but this was an excellent exception. The story is masterful! Knowing that the author Barbra Golder actually was a medical examiner and lawyer in her pre-retirment life, explains how she can weave a tale understanding the complexities of such issues. It does not, however, explain the level of talent she has in the writing field. Very impressive! I highly recommend this book–action, suspense, and real-life issues treated respectfully but cloaked in morality. Now I’m going back to read the first book in this series.” Patti Maguire Armstrong, author