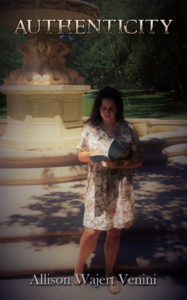 Mackenzie (Mackey) is a young aspiring actress residing in a suburb of Philadelphia.  When she suddenly becomes ill on the set of a film, she garners the attention of a former tabloid darling with a disreputable past named Dwayne.  He offers to pay for her physical therapy.  Her parents are quick to push a wanton proposition on Mackenzie: do whatever it takes to get as much as possible out of the actor.  She feels betrayed and humiliated by them, and her friends are likewise disgusted.  She accepts the invitation to meet him for the sole purpose of thanking him.  However, he is taken by her commitment to the craft of acting and touched by her unaffected demeanor.  He asks to see her again.  She soon juggles maintaining false pretenses with her parents through omission of details, while fostering a very real friendship with the actor.

Through the actor, she also meets an art conservator, Hunt.  He shares his insight as he works to ensure that the creative voices of the past are not eroded or obliterated through carelessness, hatred, or simply the passage of time.  Dwayne eventually loses contact with Mackenzie, and Hunt blocks her access to him.  She later learns that Hunt was shielding her from seeing Dwayne relapse into his alcoholism.  Mackenzie visits Dwayne at a hospital.  Dwayne perceives that she has been hiding something from him, as well.  She admits to him what her parents want her to do.  Dwayne exhorts her to distance herself from her parents, as her relationship with them is toxic.  He asks her to pray for him, and she says she will.

I’ve been working on various film productions in Canada for more than eight years now so I am able to understand what people say about our industry. In Allison Wajert Venini’s new book, Authenticity, she shows what it’s like to work in the film industry and also what it means to be an artist. Anyone who has an interest in the art of cinema will be captivated by this story of two different artists trying to make their friendship work.

“Extra” work in film lacked the romanticism that most of my friends associated with it.  A few people would be in charge of herding us to one area on the set; sitting in an arena, walking a set path in a park, or standing in the background to breathe some depth into a picture.  They are known as “handlers,” and, in being handled, I was kept humbled.

Creative, professional film is a controlled, detail-driven form of media.  Any true director must be organized to arrange it symphonically, and have several other interlaced plans should human, or environmental, unreliables come to play.

And it was monotonous.  A few minutes’ worth of a movie might take several hours of shooting, depending upon how a director worked, and how favorable circumstances were on a particular day.

So I sat, or walked, through it.  If I was beat from the experience, the actors with lines must be feeling the toll of the hours more than I, I assumed.

I was twenty-four and grounded in a few untaxed ideologies.  My pale green eyes often elicited double-takes.  I did not adorn them with much makeup; they drew their own attention without added emphasis.  My hair was like ochre in color.  This was a self-forgiving way of admitting it was bland, or so I felt.  Beyond that, I was unremarkable in appearance.  My body never conformed to an ideal, despite my attempts with ellipticals and weights to mold it.  My stature was modest.  I instinctively learned to project my voice in order to be heard by my parents.