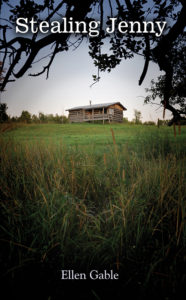 After a difficult pregnancy, Jenny and Tom are days away from having their sixth child. But when Jenny is kidnapped by a deranged woman, the family must summon all of their faith as Jenny fights for her life.

STEALING JENNY was awarded the Catholic Writers Guild Seal of Approval in 2011.  STEALING JENNY has been downloaded over 340,000 times on Kindle and was in No. 1 in Religious Fiction and Suspense for six weeks in 2012 and in the top ten for most of 2012.

STEALING JENNY was also featured on LifeSitenews in 2012.

Italian edition available at this link.

“Stealing Jenny is a gripping novel filled with engaging characters, a compelling mystery and a message which underscored the precious dignity of life. I literally couldn’t put it down and give Stealing Jenny my highest recommendation.”   Lisa M. Hendey, Founder of CatholicMom.com and author of A Book of Saints for Catholic Moms

“Stealing Jenny is my favorite kind of fiction:  a thought-provoking psychological suspense novel in its own right, with a life-affirming message that adds even more to its depth.  Another finely-plotted story and a cast of very real and well-drawn characters which highlight Ellen Gable’s ability to write beautiful Catholic fiction in any genre.”
Krisi Keley,  Author, “On the Soul of a Vampire,” and “Pro Luce Habere”

Ellen Gable is a masterful storyteller. Stealing Jenny is a smoothly written, chilling tale of gripping suspense. There are terrifying moments and heart-wrenching moments. Catholic faith and hope are tested. Above all, the sacredness and privilege of precious new life is made indisputably evident. I never wanted it to end!”  Therese Heckenkamp, Traditional Catholic Novels.com

Jenny and her son began the short jaunt up the street to the bus stop.   Caleb, at three years of age, was not walking as fast as she’d like, but it was still about ten minutes before the bus would arrive.

Her mom had offered to pick up the kids from the bus stop next week, as well as perform the household duties when Jenny was closer to delivery.  Jenny understood why her mom wanted to be with her ailing sister in Saskatchewan, but she secretly wished that she would return sooner.

She thought back to Tom’s question about his mom coming over and helping her out at home.  He wasn’t serious — just angry — which was why he suggested it.  But it annoyed her when Tom mentioned his mother in an argument.

As she approached the bus stop, Jenny noticed a woman there.  That’s odd.  My girls are the only ones who get off at this stop. I wonder why she’s standing there.  Immediately, she became uneasy and looked away.  Stop it, Jen.  This is Sutherland, a quiet neighborhood with virtually no crime rate.

She continued walking until she could see her face.  The woman was smoking and staring into the distance.  As usual, the neighborhood was deserted until the kids returned home from school.

The lady looked familiar.  She was tall, although slightly overweight.  Jenny glanced at her middle and realized that the woman was wearing a maternity top.  When Jenny moved closer, the woman finally made eye contact. “Hello, Jenny.  How are you?”

“I’m waiting for you.”  The woman dropped the cigarette on the ground and stamped it out.

“Uh-huh. I work at the Sutherland Veterinary Hospital.”

“I remembered that you were expecting pretty soon, right?”

“Around the same time as you.”

“Oh?”  Jenny’s large round stomach looked like it was a basketball compared to this woman, who appeared to be six months pregnant at most.  She must be having a small baby.

“Well, you know,” Denise continued, “my cousin’s got these maternity and baby clothes and they’re all high end stuff and I remembered seeing you and wondered if you might like them.”

“I’ve already taken a bunch and these are the ones I won’t use.  Come over here. I’ve got them right here in my car.”

Jenny thought the woman was a bit strange, and again, she felt uneasy, but she wanted to be polite.  After all, she knew her from the vet’s office and she was pregnant.  If you can’t trust a pregnant woman, who can you trust?  “I guess it can’t hurt to take a look, but I’m almost ready to deliver and won’t be needing any maternity clothes.”  Denise walked quickly to a car parked close by, Jenny and Caleb following behind.  She could see the woman opening up the back door and leaning in.  She stepped back.  “Right in there.”

Jenny lowered her head to peer inside.  She couldn’t see clothes anywhere.  All of a sudden, she felt something smashed against her face and nose. Breathing in a vaguely sweet scent, she jerked her head from side to side.  She opened her mouth to cry out and inadvertently inhaled. She tried to move her arms, but she immediately became limp.