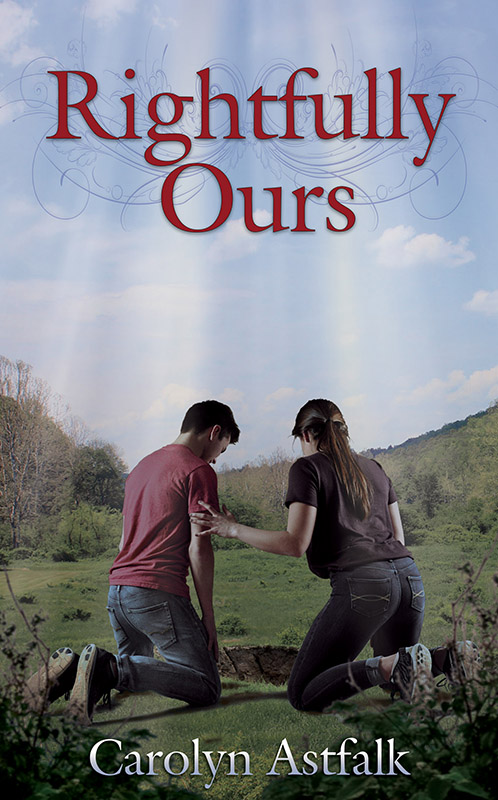 A coming-of-age story of first love, buried treasure, and discovering that some things are worth the wait.

Sixteen-year-old Paul Porter’s relocation to Pennsylvania is a temporary move during his dad’s deployment. Or so he and his brother think, until devastating news lands on their doorstep. Paul’s new home with the Muellers provides solace, especially in the form of Rachel, his friend and confidante. Their abiding friendship deepens as they work side by side to uncover what could be lost treasure. Will they acquire the strength of character and virtue to take only what rightfully belongs to them or are they in way over their heads, with more than a few lost artifacts at stake?

Themes include premarital chastity and overcoming temptation. Received the Catholic Writers Guild Seal of Approval in 2017

“When a young man or woman recognizes that authentic love is a precious treasure, they are also enabled to live their sexuality in accordance with the divine plan, rejecting the false models which are, unfortunately, all too frequently publicized and very widespread.” Letter of His Holiness Pope John Paul II to the Young People of Rome, Sept 8, 1997

“I found Rightfully Ours enchanting, with a little bit of mystery. As the story unfolds, Rachel and Paul discover more than each other. They enjoy digging around in Rachel’s garden, only to discover something very interesting. Can’t give too much away, but let me say that what they found is very interesting, for it had the capacity to change their lives. As I continued to read, I wondered how they might handle such responsibility. As I turned each page, I kept wondering if Paul and Rachel would remain true to their morals, or give in to societal pressures. They were only teenagers. What endeared me to this story is that as I continued to read the book, I learned that Rachel and Paul would come to discover that their love for each other is worth more than any earthly treasure, and that their chastity was priceless.”  Virginia Lieto, author, Finding Patience

“Wow. This enjoyable and entertaining story was not only a pleasure to read, it perfectly unveiled, in a totally non-preachy way, the most convincing arguments in favor of chastity. While I wouldn’t give this to my 12-year-old to read (there is some pretty obvious hinting about how close to “the brink” this young couple’s romance gets) I think it is a very important novel for 15-17 year old (use your own parental discretion, of course!) girls AND BOYS to read.“ Jeannie Egolf, author

“Well-written and enjoyable, this story takes an honest look at the physical, spiritual, and emotional aspects of teens in a serious relationship. As Paul’s and Rachel’s feelings for each other grow, they confront new emotions and urges that they don’t always know how to deal with. Like every child raised Christian, they know what they are “supposed” to do but in some moments, they don’t understand “why.” Sometimes they are confused and make poor choices, but through all the temptations, challenges, and even failures, they both develop an understanding of the value of chastity. By the end of the story, they have a clear, solid, and mature grasp of its worth.”  Theresa Linden, award-winning author

“When Carolyn Astfalk unearths a newspaper clipping about a treasure hunter who struck gold, she turns it into a young adult romance novel. That took some doing, but as Edison said, ‘Genius is one percent inspiration, ninety-nine percent perspiration.’ A keen observer, Astfalk soaks her written pages with reality. Rightfully Ours, like her other romance novels, appeals to the senses, especially those associated with food. You can smell the baking cookies and feel the bite of a January freeze. Her understanding of human emotions transports her readers into the minds of her characters as they experience blessings in the guise of disasters and conflicts. The reader cannot take for granted that a happy ending awaits in the last paragraph.” Don Mulcare, writer

Paul locked the door of the guesthouse behind him. Loneliness descended like a thick fog, blanketing him. Smothering the glimmer of hope his conversation with Rachel ignited. His world remained cloaked in darkness like it had every day since his dad died. Why did it hurt so much when he was around Rachel? Maybe he felt everything more when he was with her. Maybe because all he wanted was for her to hug him again like she had at the funeral, to comfort him. Or maybe it was because she thought of him like a brother, and that wasn’t at all the way he felt about her.
After going through the motions of dressing for bed, brushing and flossing his teeth, he yanked down the covers on his mattress and lay down. He should pray. Hadn’t heir dad gotten on his knees and prayed with them every night when he and Sean were boys? A stab of bitterness pierced him. What good had prayers done any of them? God seemed bent on taking away everyone Paul loved. Maybe tomorrow night he’d rattle off some rote prayers. Tonight he laid the iPod on his nightstand, put the ear buds in his ears, and pressed play.