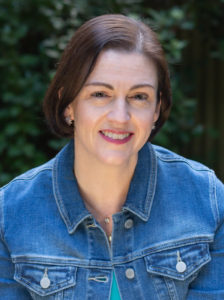 Born and raised in Australia’s capital, Canberra, Veronica published her first work at age eleven when a Christmas poem she wrote was printed in the local newspaper.

Growing up, her two main focuses were her Catholic faith and music. After tireless efforts in these endeavours, Veronica is now resigned to being a deeply flawed, though fairly devout Catholic, and a less-than-mediocre pianist.

She married her husband in 2005 and lived with him in his native Mexico for three years till they moved back to Canberra. After returning to Australia, Veronica ran her own one-woman resume and copywriting business for a few years till she decided she’d rather write fiction instead. This novel is the fruit of this labour.

Veronica and her husband Pablo have three beautiful children. She is a full-time homeschooling mum who enjoys reading and photography, hearing about her kids’ adventures in Minecraft, and spending some quiet time with her husband, preferably when they’re both awake.

Her first novel, A Channel of Your Peace, was published on February 14, 2020!