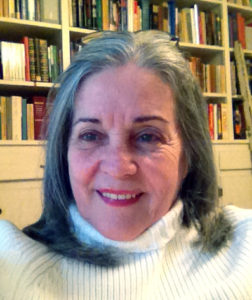 Dena Hunt taught English at the University of New Orleans until her conversion to Christianity in 1984. Following her reception into the Roman Catholic Church, she returned to her native Georgia and taught in rural high schools until she retired. She did not start writing until after her retirement. Currently, she has several short stories in print and online, as well as reviews and essays. The Lion’s Heart  is her second novel and won the 2016 CALA Award in Adult Fiction . The first, Treason, was published by Sophia Institute Press in the spring of 2013 and won the Gold Medal in Religious Fiction in the 2014 IPPY Awards.