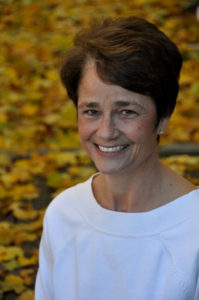 Carolyn J. Smith has been married to her husband, Jim, for 46 years.  She is the mother of eight daughters and two sons and the grandmother of 24 (and counting). She and her family live in Columbia, Maryland.    Carolyn homeschooled six of their children and was a member of TORCH, Traditions of Roman Catholic Homes.  She taught Religious Education for 20 years, which included preparation for the sacraments of Penance and Eucharist and teamed with her husband for Confirmation Preparation.  She is a volunteer counselor for a local pregnancy center and is involved in the  Sexual Integrity Program that focuses on helping young girls and women realize their true dignity as women in mind, body, and spirit. In very practical ways, it combats the lies of the culture and brings these women face to face with the Truth for which they hunger. For many years, she and her husband acted as a sponsor couple in helping to prepare young couples for marriage.   She formed the Family Life curriculum at a private school in the Baltimore area and she taught this curriculum to girls in grades four through eight.  Carolyn also served as a consultant on the Family Life Committee for two parishes in Baltimore. In her home parish, she used this book, Growing Up in God’s Image (formerly titled Family Love and Growing Up) to guide parents through the discussion of the facts of life with their children.  There were separate nights for the boys with their fathers and for the girls with their mothers.  She has spoken on Sexuality at the NACHE (National Association of Catholic Home Educators) Conferences in Manassas, Virginia and at the Catholic Family Expo in Baltimore, Maryland as well as small groups of women in the Baltimore, Maryland area.

Growing Up in God’s Image