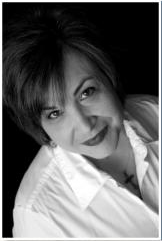 AnnMarie is the author of the Catholic romance novel, Angela’s Song, which was released on Amazon and Kindle October 7, 2012.  She blogs as The Roman(tic) Catholic and is an occasional contributor to the Catholic Sistas blog.  AnnMarie is currently working on her second novel. AnnMarie is wife to Joe and mother to their five children.  She home schools her younger children and is involved in the Respect Life Committee in her church, where she also sings in the choir.  AnnMarie is inspired by the writings of John Paul II, the creativity of her children, the love of her husband and the faith of her friends. Contact her at   annmarie.creedon (at) gmail.com Blog:  The Roman(tic) Catholic (www.annmariecreedon.com)  contributor to the Catholic Sistas blog.