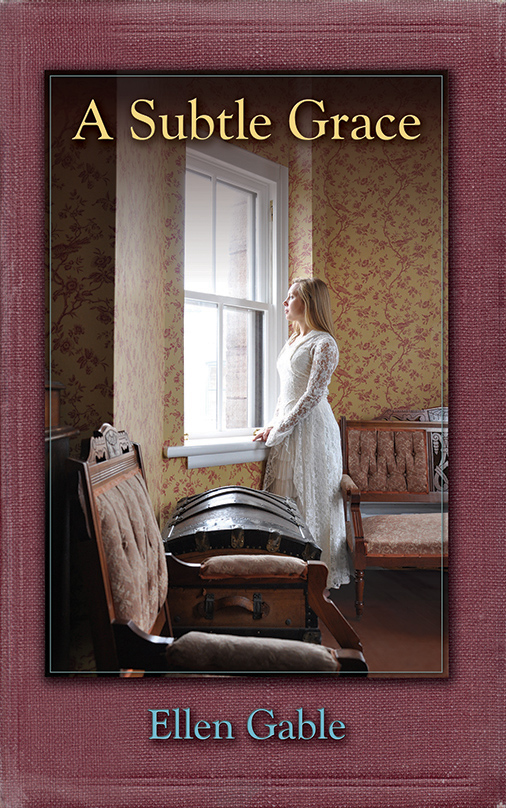 A SUBTLE GRACE (Book Two) is set in 1896, Philadelphia. In this sequel (and standalone novel) to In Name Only (FQP 2009), A Subtle Grace continues the story of the wealthy and unconventional O’Donovan Family as they approach the dawn of a new century At 19, Kathleen (oldest daughter) is unmarried with no prospects.  Fearing the lonely fate of an old maid, her impatience leads to an infatuation with the first man who shows interest. The suave, handsome son of the local police chief seems a perfect match.  But will her impulsive manner prevent her from recognizing her true beloved?  A disturbing turn of events brings a dark shadow that threatens the life- long happiness she desires. Dr. Luke Peterson (the family’s new physician) also makes quite an impression on Kathleen. His affection for her leads him to startling revelations: about Kathleen, about his practice and, most importantly, about himself. Will (oldest son) believes God may be calling him to a religious vocation. Eventually, he discovers the hidden circumstances of his humble beginnings compelling him to embark on a pilgrimage to Rome.

A SUBTLE GRACE received the Catholic Writers Guild Seal of Approval in 2014 and was a finalist in the 2015 IAN Book Awards in both the Historical and Romance categories.

“…‘A Subtle Grace’ is a masterfully written illustration of the difference between lust and love, between rashness and fortitude, between mere existence and truly living.”  AnnMarie Creedon, author, Angela’s Song

“The plot tugs at the heart and gets the heart racing.  Reading ‘A Subtle Grace’ was like riding a Victorian-era wooden roller coaster: a luscious historical setting that provides a tantalizingly dangerous thrill ride.”  Erin McCole Cupp, author, Don’t You Forget About Me

“This is one of my favorite contemporary works of Catholic fiction. The storytelling is masterful, the characters fascinating, and the writing is of high literary quality…In this story it’s shown how the greatest mistake of our lives can be turned into one of the most amazing blessings and even be a source of hope for others.” Trisha Niermeyer Potter, Prints of Grace

“…readers of In Name Only won’t want to miss this one! The story kept me so interested that I hardly realized this was, in fact, a lengthy book. ‘A Subtle Grace’ is a novel to stir your heart, your emotions, and your soul. I highly recommend it!”  Therese Heckenkamp, award-winning author, Frozen Footprints

“Beyond mere lust there is a healing hope which can bear not only joy, but a wonderful story – ‘A Subtle Grace’ was very engaging and certainly kept me turning the pages.” A.K. Frailey, author, The Deliverance Trilogy

I witnessed another human being coming into the world.

Kathleen’s head sunk deeply into her feather pillow as she stared upward.  Her oil lamp, as always, was dimly lit and projected a small yellow-white circle onto the ceiling. From as far back as she could remember, Kathleen had despised the blackness that surrounded her at night. She felt safer when there was light, even a flicker.   If she woke and the oil lamp had gone out, she felt like she was suffocating.  When the light came on, she could breathe again.  It was foolish to be afraid of the darkness; nonetheless, the fear remained.

She tossed back and forth as sleep eluded her. How could she possibly rest after what she had just witnessed?

While she looked forward to college, she wished that her non-married state had not necessitated her choosing a college at all. She would have preferred to be married by now, but thus far, no eligible bachelor — at least none of whom Kathleen approved — had shown serious interest.

The clock downstairs struck quarter past three.  Her younger siblings hadn’t wakened during the night – Mama had kept fairly quiet during labor – but in the morning, all of her brothers would be excited to discover that they had a new sister.

After five brothers, it seemed like having a sister was an impossible dream. For a moment, Kathleen thought of her own vocation, confident that it was marriage and motherhood.  Her “coming out” reception last year when she was eighteen was a tremendous success.  Why, then, was she not married yet?  Two of her friends from high school had already married.  Kathleen was beginning to think she might become — heaven forbid — an “old maid.”

It was essential that Kathleen meet her future husband immediately to stave off this terrible fate. As far as the motherhood aspect of her vocation, after seeing firsthand what happens to a woman during the birthing process, Kathleen doubted that she would have as high a tolerance for pain as her mother obviously possessed.